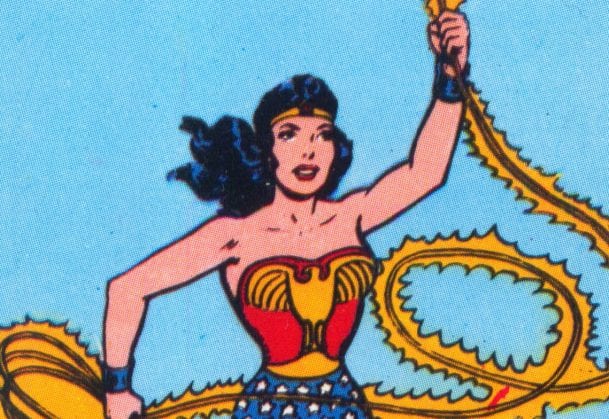 It’s true! Wonder Woman began in a psychology lab. You can check out the story here http://www.psychologicalscience.org/publications/observer/obsonline/wonder-womans-secret-roots-in-psychological-science.html#.WUOHd8ZL2CR

Wonder Woman’s creator, William Moulton Marston, graduated from Harvard Law School in 1918 before going on to pursue a PhD in psychology. He completed his PhD in 1921, producing a dissertation focused on using psychophysiology methods to detect deception. Marston worked in a research lab originally set up by William James where he was supervised by one of James’s scientific recruits, Hugo Münsterberg. The lab focused on using systolic blood pressure as way to detect lying….

Even as a student, Marston was a strong proponent of women’s rights and he decided that comic books were a useful tool for showcasing a strong female role model to girls as well as boys. “[N]ot even girls want to be girls so long as our feminine archetype lacks force, strength, power,” he wrote in an article in The American Scholar.

After Wonder Woman’s successful debut, a press release announced that she was in fact the creation of a prestigious Harvard scientist: “ ‘Wonder Woman’ was conceived by Dr. Marston to set up a standard among children and young people of strong, free, courageous womanhood; to combat the idea that women are inferior to men, and to inspire girls to self-confidence and achievement in athletics, occupations and professions monopolized by men” because “the only hope for civilization is the greater freedom, development and equality of women in all fields of human activity.”