How long does grief last? 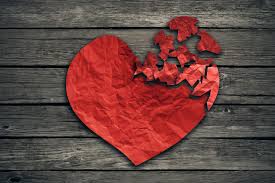 Parents whose babies have died sometimes ask me this question, almost as if they are begging to be told the pain will eventually stop. And certainly, many grieving parents are told such insensitive things as “It’s time to move on”, or “You have grieved enough” as if there is a time line for these things.

I really admire the bravery of Samantha who wrote this article in 2013, 4 years after the death of her baby Ella. She describes her experience of grief and writes 10 things she wished others knew about the loss of a child.  I have include a large portion of her article here, but to read it in its entirety http://www.mamamia.com.au/death-of-a-child/?utm_campaign=Mamamia&utm_source=SocialFlow&utm_medium=Facebook

Sure, friends and family have been supportive, but it’s proven to be the case with me that there is a mandate as for how long their unwavering support, patience, understanding, concern and empathy lasts. The truth is, the situation is so unbearably sad that it becomes incredibly emotionally draining on the other person.  The realisation that they can’t fix your sadness sets in, the frustration builds because not even they can see an end in sight, then gradually it starts to impede on the happiness in their life. They haven’t lost their child so why should they spend all their time sad about yours?

I will, for the sake of all the other parents out there with empty arms, write ten things I wish people knew about the loss of a child. Maybe one of my ten points might make a difference to a bereaved parent’s life.

1. Four years on I get up every day with the exact same sadness I had the day Ella died. The only difference is I’m more skilled at hiding it and I’m much more used to the agony of my broken heart. The shock has somewhat lessened, but I do still find myself thinking I can’t believe this happened. I thought that only happened to other people. You asked how I was in the beginning yet you stopped, why? Where did you get the information on what week or month was good to stop asking?

2. Please don’t tell me that all you want is for me to be happy again. Nobody wants that more than I do, but it’s something that can only be achieved with time. On top of that, I have to find a new happiness. The happiness I once felt, that carefree feeling, will never return in its entirety. It also helps to have patience and understanding from loved ones.

3. Please don’t say: ‘I want the old Sam back!’ Or: ‘I can see the old Sam coming back!’ Sam’s not coming back. This is who I am now. If you only knew the horror I witnessed and endured you would know it’s not humanly possible for me to ever be the same person again. Losing a child changes who you are. I’ve been told my eyes look haunted.  It’s a strange thing for someone to tell a grieving mother, but it’s true – I am haunted. My views on the world have changed, things that were once important are not now and vice versa. I feel as though you’re telling me two things here. Firstly you don’t like the person I am and, secondly if the old Sam’s not coming back I’m out of here. By the way there is nobody that misses the “old Sam” more than me!!! I’m mourning two deaths here; my daughter’s and my former self.

4. If you chose to acknowledge my daughter’s birthday or the anniversary of her death on the first year, it’s terribly gut wrenching when you didn’t bother to acknowledge the second or third or fourth. Do you think any subsequent birthday or anniversary is not as sad for me? It also says to me in very big neon lights that you’ve moved on and forgotten about my daughter.

5. Please stop with the continual comments about how lucky I am to have my other children particularly my daughter. Do I say this to you? Then why say it to me? I’ve buried my daughter do you seriously think I feel lucky?

6. It’s not healthy to cry in front of the kids? You’re wrong. It is perfectly healthy that they see I’m sad their sister has died. When someone dies it’s normal to cry. What would not be normal would be for my children to grow up and think “I never even saw my Mum sad over Ella’s death.” That would paint me in a light that would tell them it’s healthy to hide your emotions when obviously it’s not.

7. I have four children I don’t have three.  If you want to ignore Ella as my third child because she’s dead go for it but don’t do it for me. Four not three!

8. There are still some days, yes four years on, that I still want to hide away from the world and take a break from pretending everything is oh so wonderful and I’m all better.  Please don’t just assume I’ve thrown in the towel, or worse, actually be so thoughtless as to wonder what’s wrong with me. I still know I’ve married the catch of the century and my children are gorgeously divine and I have a beautiful house, but I’m grieving.  It’s mentally exhausting, especially raising three young children and on top of that maintaining a strong and loving marriage. Unbeknownst to you, I’m dealing with not just my own grief, but my beautiful husbands and my two boys.  It would be nice if you congratulated me on the state of my family because keeping it together, stable and happy, has been hard work.

9. I did notice. To the friends and family that found the entire death and dealing with my sadness all too hard and held secret events behind our backs that were lied about, stopped inviting us to things we had always been included in and slowly ended our relationship thinking I didn’t notice.

I did notice. The only reason why I never said anything is because I’m not wasting my words on your shameful behaviour. I am thankful for something though – I didn’t waste any more time on people that were capable of such shallowness and cruelty. Please don’t fear. I would be the first one by your side if the same thing happened to you. That should give you some indication of how horrible it is.

10. Grieving for a child lasts until you see them again. It’s a lifetime. If you’re wondering how long your friend or family member might be grieving for, the answer is forever. Don’t rush them, don’t trivialise their sadness, don’t make them feel guilty for being sad and when they talk to you, open your ears and listen, really listen to what they’re telling you. It’s possible you’ll learn something. Don’t be so cruel as to give up on them remember it’s not about you it’s about them.

I’ve been left repeatedly heart broken as friends that I truly loved and never thought would walk away from me tossed me into the too hard basket or – more hurtfully – the crazy basket. Phone calls stopped, text messages stopped, comments on Facebook stopped and I get the same thing every time. “Sorry darling I’m just flat out”, “Let’s catch up soon” and “I miss you.” The list could keep going but I get it. I’m not the type of person either that is going to pursue a friendship I know the other person doesn’t want. Everyone has a conscience and thankfully I don’t have to live with theirs.

You would think there are a lot of articles that raise awareness of the awful process associated with grieving for a child, but even stories from other parents are a rarity. The sad reality is there just isn’t enough said or printed.