Should we transfer "mosaic" embryos?

Traditionally, Australian IVF clinics have been reluctant to transfer embryos which have a known chromosomal mosaicism.  To explain, we need a quick lesson in genetics… Usually, conception occurs when a single egg is fertilised by a single sperm, and an embryo develops containing 46 chromosomes. Occasionally, a fertilized egg with contain 47 chromosomes. This occurs as a result of trisomy, in which there is an extra copy of a chromosome in a cell.  When trisomy occurs, the result is usually that all cells in the individual have the extra chromosome. The most common type of trisomy is trisomy of chromosome 21, which causes Down syndrome. 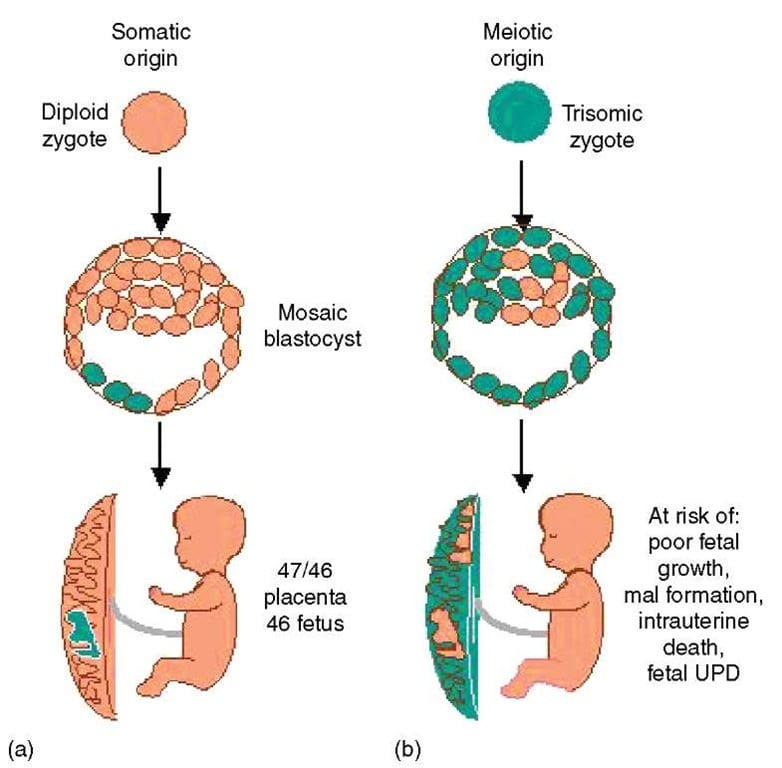 In IVF, it is possible to test embryos prior to transfer back to the carrying woman, through a process known as preimplantation genetic screening, or P.G.S., which involves a biopsy of a small number of cells from the developing embryo. PGS can help determine whether an embryo is chromosomally normal or not.

Recently, clinics have also been able to use high-resolution, next-generation sequencing of embryos, and this technology has given far better information about mosaic presentations.

Importantly, researchers are finding something surprising: About 20 percent of embryos are mosaic (have both normal and abnormal cells), and the percentage of embryos that present in this way increases with maternal age. Mosaic embryos have long been known, but they have been detectable during an active IVF cycle only in the last year.  And we understand that at least some of these embryos seem to mature into healthy children.

As a result, there is increasing controversy among fertility experts about what to do if mosaics are the only viable embryos a couple has left after IVF. Should would-be parents discard them because they contain abnormalities? Or transfer them in the hopes of achieving a normal pregnancy? A recent article in the Nw York Times examined this further https://mobile.nytimes.com/2016/04/19/health/ivf-in-vitro-fertilization-pregnancy-abnormal-embryos-mosaic.html?smid=fb-share&referer=http%3A%2F%2Fm.facebook.com

“Every research program is fearful of throwing away a healthy embryo, but on the other hand, mosaicism is not always a benign thing,” said Richard Scott, founder and laboratory director at Reproductive Medicine Associates of New Jersey. “Now we are paying attention to these mosaics, but we don’t know exactly what to do with them.”

“A mosaic embryo does have potential for reproduction,” he said, “but it could be anywhere on the spectrum from a healthy to a damaged baby, and we don’t know where.”