A number of organisations (some of which directly profit from the provision of surrogacy services) are currently saying that surrogacy is legal for foreign nationals in all states of Mexico, except Tabasco.  This is kind-of true: in reality, it isn’t necessarily legal in these states, it just isn’t illegal.   Until recently, Tabasco was the “go-to” place in Mexico for cross border surrogacy, but at the end of 2015, the government there abruptly changed the legislation around surrogacy, thereby preventing any non-Mexicans from undertaking surrogacy arrangements.

Those “in the know” expected this legislative change to occur, but many families were left stunned and helpless, in the catastrophic situation which has become all too familiar in cross border surrogacy – pregnancies underway or babies born, but families prevented from leaving the country to return home with their child.  There are no extra protections in the other Mexican states that continue to provide surrogacy services to foreign nationals, and the reality is, any family who commences this process anywhere in Mexico is at risk of experiencing the same thing that happened late 2015 in Tabasco State.

As I read this article from the NY Times, https://www.nytimes.com/2017/03/23/world/americas/as-mexican-state-limits-surrogacy-global-system-is-further-strained.html?mwrsm=Email I wondered 2 things.

Firstly, who would be so desperate to have a child that they are prepared to undertake a cross border surrogacy in a place where the risks are so high?

And secondly, what are the conditions like for a woman carrying a surrogacy pregnancy in a place (in this case Tabasco State) that is described in the following terms?

a state where the oil industry has shed thousands of jobs, and the unemployment rate, at over 7 percent, is the highest in Mexico.“There are no opportunities here,” said Mariana, 34, an unemployed saleswoman who bore twins for an Australian man last year. 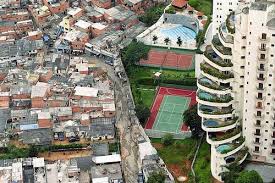