Xytec settles out of court

Some time ago, I blogged about court proceedings that had been launched in the USA

against Xytec, a significant provider of donor sperm in the United States, and also importing here to Australia.

The case has finally come to a conclusion, but details of the matter will never be disclosed as the applicants eventually decided to settle out of court.  The original lawsuits filed claimed that Xytex had failed to properly vet a donor who donated sperm for nearly 14 years.  Over that 14 year period, the donor spent time in jail on a burglary charge, and also spent time in and out of mental hospitals.  Unfortunately, Xytex appears to have been unaware of this, and continued to make his semen available to recipients.

Xytex tried to get the lawsuits dismissed, but federal courts in Florida and California allowed the cases to move forward, stating “Xytex surely knew that it failed to screen up to the standard it advertised.” The company now runs a criminal background check on new donors.  Xytex now also claims to verify a donor’s education claims.  The donor in question had claimed to be working toward a Ph.D. at the University of Georgia, when at the time, he’d yet to earn a bachelor and wasn’t even enrolled when he initially donated the sperm.

The settlement only impacts Xytex.  There is still no industry requirement to verify the accuracy of a donor’s application.  http://www.11alive.com/news/investigations/sperm-bank-settles-negligence-lawsuits/481397639 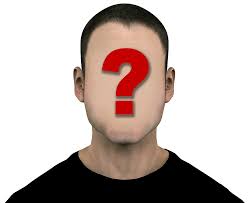 SHARE
PREVIOUS ARTICLE What does AMH actually tell us
NEXT ARTICLE How many families from 24 embryos?